Closer Taiwan-US ties are stabilising the region, not the opposite

Displays of solidarity for Taiwan won’t contain Beijing’s ambition, but US support must factor in its thinking.

Those who’ve been reading the news in the past few weeks could be forgiven for thinking we are on the precipice of war in the Taiwan Strait. Not only do some analysts argue that this is “a phase of preparation for war”, but senior US officials are telling the media that China’s President Xi Jinping looks to be “prepared to take more risks”.

These concerns stem from a significant increase in China’s pressure on Taiwan since the re-election last year of Taiwan’s President Tsai Ing-wen. The record numbers of Chinese military incursions in the Taiwan Strait in recent months have been of particular concern, as China’s leaders evidently seek to test the new Biden administration, as well as the capability of the Taiwanese military to respond, and normalise China’s military presence in the Taiwan Strait.

As Taiwanese public opinion has moved ever further away from unification with China, Beijing has also increased its economic coercion of Taipei, and sought to further limit the already-small space that it occupies on the international stage. Taiwan’s successes in dealing with Covid-19 have made China’s efforts to isolate Taiwan more difficult, though China continues to exclude it from the World Health Assembly.

The US has gone beyond past practice in assisting Taiwan to retain its few remaining diplomatic partners, which China is constantly looking to poach.

China’s aggression has propelled Taiwan and the United States closer together, rather than acting to deter the Taiwanese or break down the bipartisan US support for Taiwan. The closer ties were already on display under the Trump administration, when the US passed numerous laws between 2016 and 2020 that supported Taiwan to increase high-level visits, retain its diplomatic partners and boost its participation in international organisations.

The Biden administration has maintained this momentum by dispatching US navy vessels to make a symbolic transit through the Taiwan Strait, and by not revoking former Secretary of State Mike Pompeo’s decision in the final days of Trump’s presidency to loosen the restrictions on meetings between US and Taiwanese officials.

Taiwan also ranked as one of the top three concerns raised by President Joe Biden in his first phone call with Xi.

The US has also gone beyond past practice in assisting Taiwan to retain its few remaining diplomatic partners, which China is constantly looking to poach. Following reports that China had offered to provide Covid-19 vaccines to Paraguay in exchange for breaking its diplomatic ties with Taiwan, Secretary of State Antony Blinken called Paraguay’s president to reiterate “the importance of continuing to work with democratic regional and global partners, including Taiwan”.

Last week the US representative in Palau accompanied Palau’s president on a visit to Taiwan to launch a travel bubble, a symbolic and unprecedented show of support for the Taiwan-Palau relationship.

What a triumvirate! Minister Wu, President Whipps & Amb. Hennessey-Niland are as one when it comes to trilateral cooperation. #Taiwan, #Palau & the #US are forces for good working together in promoting peace, security & prosperity in the #IndoPacific & around the world. pic.twitter.com/hiNt9byXgR

In a sense, every time Beijing has upped the bet, Washington has called it. This carries significant risk, particularly of a miscommunication or an accident that escalates in the Taiwan Strait. But this balanced escalation could also be stabilising. If China is testing US resolve, Beijing appears to have – to some extent – an answer.

China’s ambitions are not constrained by these displays of solidarity for Taiwan. But while the US approach will not lead China to compromise, it may encourage caution. After floating the idea of passing a “unification law” for Taiwan in advance of last month’s “Two Sessions” of the National People’s Congress and Chinese People’s Political Consultative Conference – which could have been a signpost not dissimilar to Hong Kong’s national security law – China ultimately stuck to boilerplate language.

For now, China’s goal appears to be preventing Taiwan from declaring independence, rather than forcing unification. And Taiwan’s Tsai Ing-wen has moderated any push for more pro-independence policies in her party, while leaning in to a national security agenda and seeking high-level US support. Taiwan’s representative in Washington attended Biden’s inauguration, another first in the relationship. 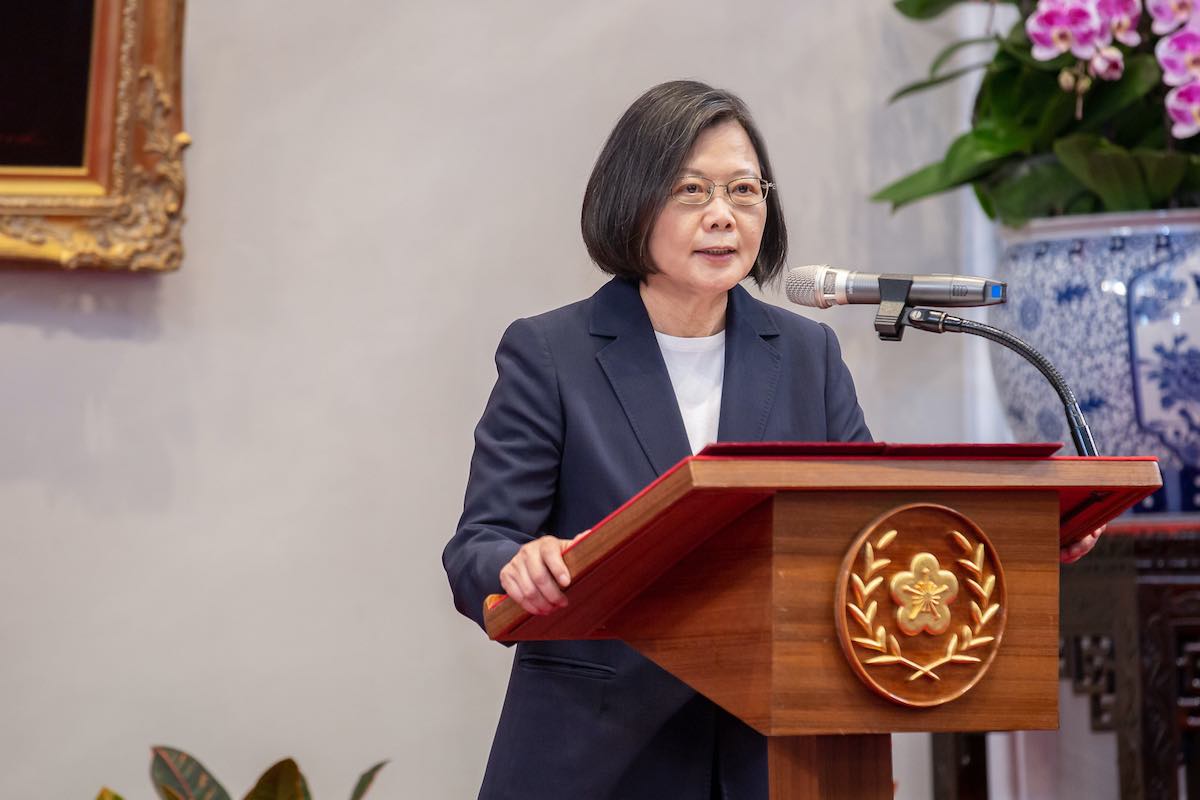 China’s calculation about Taiwan’s future will shift as the confidence of the PLA grows. This situation is made more dangerous by what appears to be a looming gap in perception, as China sees itself as becoming more powerful while the US is in terminal decline.

In this context, it would be possible for US support to cross an invisible line in Beijing’s eyes. Some have called for the US to change its approach to Taiwan from “strategic ambiguity”, where it remains unknown whether the US would defend Taiwan if attacked, to “strategic clarity”, where the US makes explicit it would respond to any use of force against Taiwan. This change risks undermining decades of successful deterrence, and carries a high risk of escalation, where China’s leaders would no longer see time as on their side.

But without any change in Beijing’s views towards Taipei – which seems unlikely if not impossible – the close ties between Taiwan and the US are an appropriate response to China changing the status quo. The US is ensuring that its commitment to Taiwan is a constant factor in Beijing’s thinking, rather than preparing for war. This makes the region more stable, not less.

Show Comments
Previous Article
Why not try? What a Papua New Guinean team could bring to the NRL
Next Article
Skipping off for a break