Covid and the failure of global cooperation

The general public has never bought the line that international aid is in the self-interest of donors.

By August, only 10 per cent of the Covid-19 vaccine doses committed to multilateral vaccine programs had been shipped (US Dept of State/Flickr)
Published 15 Oct 2021 06:00   0 Comments 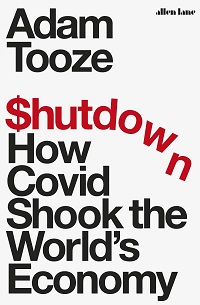 Adam Tooze’s account of the 2008 financial crisis – Crashed – demonstrated his ability to combine a rigorous account of history with sharp-edged economics and a compelling storyline. He brings the same narrative skills to bear on the Covid crisis in his latest offering, Shutdown.

Tooze’s key message is that Covid was a textbook opportunity to demonstrate effective global cooperation. Despite the stunning achievement of rapid vaccine invention and production, the challenge – vaccinating the world population – is proving difficult, failing to achieve the immense benefits that universal collaboration could bring.

On the reckoning of the International Monetary Fund (IMF) in May 2021, expenditure of US$50 billion on a global response to the pandemic, consistent with likely vaccine-production capabilities, would have offered an economic return of US$9 trillion – a many-fold payback.

Even if advanced economies had to fund the entire cost, the mutual benefit would be the much needed restoration of international trade and travel. The calculation from the IMF was based on vaccinating at least 40 per cent of the world’s population by the end of 2021, and 60 per cent by the first half of 2022.

For the rich, a high level of vaccination is already achieved or in sight, so their recovery is assured.

At the end of July, only 20 per cent of the doses necessary to achieve this 2021 target had been scheduled for delivery. This was despite total vaccine production being assessed as adequate to meet these targets. By August, fewer than two per cent of adults in low-income countries had been vaccinated, compared with almost 50 per cent in high-income countries. Only 10 per cent of the doses committed to the multilateral vaccine programs (COVAX and African Vaccine Acquisition Trust) had actually been shipped. The New York Times described the distribution as “recklessly uneven”.

This has left a marked divergence between the economic prospects of the richer countries and the developing world. For the rich, a high level of vaccination is already achieved or in sight, so their recovery is assured. The poorer countries, still mired in the unfolding epidemic, may yet suffer the kind of uncontrolled outbreaks that were experienced by India and Brazil.

Tooze puts this in historical context by recalling the argument made by renowned economist John Maynard Keynes during the Second World War: “If we can produce it, we can pay for it”. And the war demonstrated the truth of this, with the enormous rechanneling and huge increase in manufacturing production, despite massive labour diversion into the armed services. The United States produced fewer than 3,000 aircraft in 1939, yet by the end of the war had produced 300,000. Manufacturers were permitted to copy each other’s designs, side-stepping patents. Factories were run with three shifts.

In the Covid crisis, the IMF proposal focused on funding and distribution, based on likely production capacity. In practice production is constrained by intellectual property rules designed for a less-critical environment. This crisis should provide the motivation for a Grand Deal: if the patent-holders want to retain the monopoly rights that go with patents, they should scale up production even more dramatically than they have done.

Tooze’s message: even when the benefits of global collective action are clear, our political and institutional structure can’t deliver the rational response.

The other key constraint on an economy is its physical capacity to produce. Financing is a separate issue. It is a constraint only because we cannot easily decide what should be produced and who should have ownership rights to decide how this production is used. Budgets and financing are the method through which we sort out how much each of us consumes, what is invested and saved, and the division of expenditure between the private and public sectors. As Tooze points out, we could afford the US$2 trillion spent on the war against terror since 9/11, but can’t fund the IMF-recommended Covid response.

The Covid experience has provided another cogent lesson. The advanced economies responded to Covid with unrestrained expenditure on vaccines, tracing and testing, and hospital facilities. In all cases, ample funding was forthcoming, unquestioned. Any shortages were in supply. On top of this, there was generous support to keep people in work and businesses alive.

This budget munificence runs contrary to the strong beliefs, held almost universally pre-Covid, about the imperative of balanced budgets with tight expenditure constraints. Having adhered to the austerity doctrine following the 2008 crisis, governments were suddenly prepared to see jaw-dropping budget deficits.

Tooze’s message: even when the benefits of global collective action are clear, our political and institutional structure can’t deliver the rational response. This doesn’t auger well for the other great global challenge, with its similar universal dividends – climate change.

Perhaps the failure of international cooperation during the pandemic should come as no surprise. The United States and the United Kingdom had exported almost no vaccines by end-April 2021. The general public has never bought the line that international aid is in the self-interest of donors. The connection is too nebulous. With Covid, even when the self-interest is clear, the public still doesn’t buy the argument. The producer countries have prioritised their own population ahead of others.

Show Comments
Previous Article
Would a war over Taiwan be legal?
Next Article
Foreign fighters: The question of justice