An ambitious attempt to open new avenues to assess the US-Australia alliance misjudges the chance of independent action. 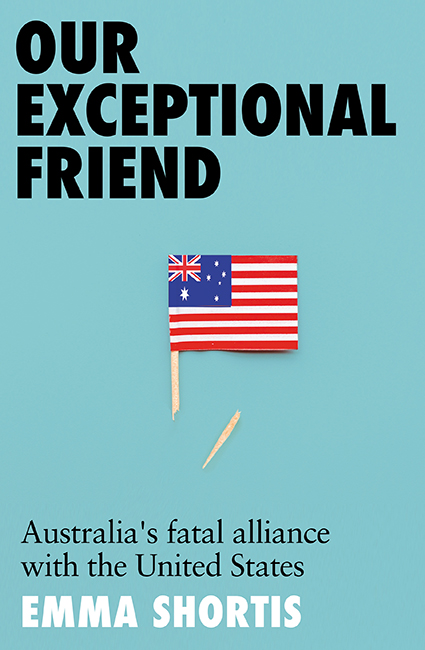 Depending on your perspective, Australia’s China debate might be relatively sophisticated, or resemble shell-churned ground in a war zone. Either way, it’s noisy and vigorous.

Australia’s debate on the United States, by contrast, is mostly quiet and cautious. So much so that even senior “alliance managers” such as Dennis Richardson, on his retirement in 2017, have called for more public discourse about the alliance. The US government has funded work intended to engage Australian “next generation” leaders on the alliance.

In part, the lack of discussion reflects solid bipartisan support for the alliance and majority public opinion, which favours the alliance. 2019 US Studies Centre polling showed 93 per cent of Australians consider the United States to be a friend or ally.

But it’s also because many questions about the alliance are awkward. How much can we rely on the United States to help defend Australia, as strategic analyst Hugh White asks? Does the US still have the military edge in the Indo-Pacific? What would a conflict between the United States and China mean for Australia?

Most Australians would prefer not to think about these questions, and politicians would prefer not to answer them. As a result, even the most senior political leaders sometimes seem confused by what exactly Australia’s alliance with the United States entails. In a recent discussion on Australia-China issues, Malcolm Turnbull informed viewers that the ANZUS treaty would bind Australia to support the United States in a conflict over Taiwan.

Experts were quick to point out that this is not the case – the ANZUS treaty contains no NATO-style binding commitment on either party. The point Turnbull was making, however, was important: Canberra’s broader military, intelligence, and defence relationship with the United States means we would almost certainly be involved in some way.

This would presumably be concerning for the 57 per cent of Australians who would prefer to remain neutral in a US-China conflict, according to the most recent Lowy Poll.

All of which is to say, Australia needs a more open conversation about the costs and benefits of the alliance. Emma Shortis’ new book, Our Exceptional Friend: Australia’s Fatal Alliance with the United States, is an ambitious attempt to open new avenues for debate by re-examining the shared history between the United States and Australia through a critical lens.

In much the same way as fellow historian David Brophy critiques Australia’s China policy from a progressive political standpoint in “China Panic: Australia’s Alternative to Paranoia and Pandering”, Shortis argues the alliance has “reinforced, rather than addressed, the systemic injustices of the world”.

Readers need not share all the author’s views (Shortis describes herself as “anti-American power”, not “anti-American”) to recognise this as a thought-provoking contribution. The book is packed with pithy observations that even those who, like me, see the alliance as an asset to Australia’s standing, may find themselves agreeing with, such as, “[t]he US is so much bigger than us, and it makes our thinking so small.”

Shortis outlines the ways in which she argues Australia’s alliance has influenced Australia for the worse, for example, on issues of economic inequality and climate change. Importantly, she encourages readers to closely examine the way cultural affinities and racial biases may shape foreign policy decision-making.

Drawing on her own scholarship on Antarctica, Shortis argues Australia has been able to exercise independence only in niche areas, such as the environment, or to oppose apartheid in South Africa, where the United States did not have serious interests at stake. These are important stories that will not feature much in other publications to mark the 70th anniversary.

If judged for its usefulness in sparking debate, however, the book has an important shortcoming. Shortis deliberately fuses three concepts in her book: the ANZUS Treaty, the broader defence alliance, and the political relationship between Australia and the United States. She argues that the ANZUS treaty, despite the lack of formal security guarantee, locks Australia into “binary choices predicated on the idea of perpetual threat and the inevitability of war” and “dramatically constrains Australia’s role in the world”.

Yet as her own recounting of the history – and that of others shows, Australian governments can act independently and defy America even within the alliance context.

So, perversely, given that she advocates a more independent Australian foreign policy, Shortis’ interpretation of the alliance as a binary choice perpetuates the myth of ANZUS as a binding limitation on Australian independent action. As former official Allan Behm has argued, Australia does not need to walk away from the ANZUS treaty – the importance of which was mostly only ever symbolic – in order to conceive of a more independent role in the world.

The 2017 Foreign Policy White Paper described the alliance as “a choice we make”. As an official statement of government policy, this was a refreshing description. Not a choice we made in 1951, not an “unbreakable alliance”, but a choice we (or at least our political leaders) continue to make. This is the spirit in which Australia should continue to debate the costs and benefits of the alliance.