Malaysia’s Mahathir has no interest in building a dynasty

Speculation Mukhriz Mahathir could take over from his father is just that – Anwar Ibrahim is anointed.

The name Mukhriz Mahathir – son of Malaysian Prime Minister Mahathir Mohamad – is in the news once again, mostly by virtue of being the only child in the family to enter into politics.

As a sex video scandal roils the People’s Justice Party (PKR) led by prime minister-in-waiting Anwar Ibrahim, pundits are once again speculating Mahathir plans to hand over power to his son Mukhriz and not to Anwar.

Under an agreement ahead of the 2018 elections within the ruling Pakatan Harapan coalition, where PKR is the largest party, Mahathir pledged to hand over power to Anwar. While no time frame was specified, it was understood the transition would take place within two-to-three years after the Pakatan Harapan victory.

Yet the name of 54-year-old Mukhriz has been bandied about as Mahathir’s successor, even though he has publicly said he is not interested in becoming prime minister. The unassuming Mukhriz is currently Chief Minister of the northern state of Kedah and the deputy president of the Malaysian United Indigenous Party (PBBM), which was co-founded by his father. 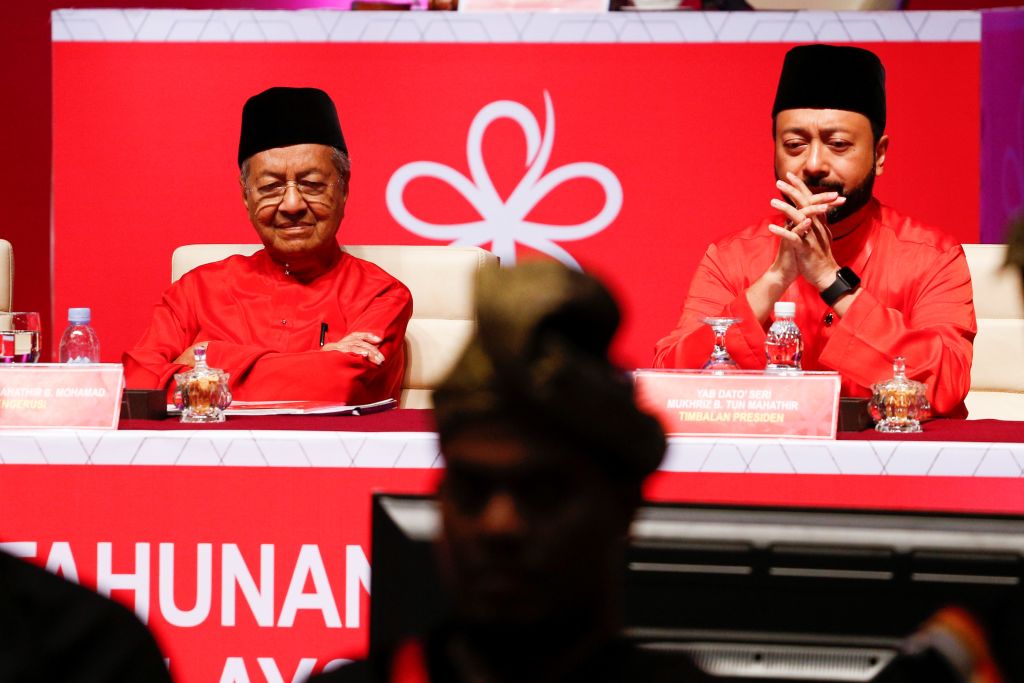 Despite being the only politician amongst Mahathir’s children, Mukhriz’s character is much closer to that of his mother, Dr Siti Hasmah, whose humble, gracious ways endears her to many. She is the antithesis of her tough husband. And Mukhriz, the fourth child, is very much of the same vein.

Out of Mahathir’s seven children, it is actually Mahathir’s eldest child, Marina Mahathir, who is the one who inherited his style and character. Outspoken, smart, fierce and fearless, Marina, 62, is a tireless social activist who has spent decades campaigning for AIDS sufferers, minorities, as well as speaking out against the “Arabicisation” of the Malaysian culture amidst growing religious conservatism.

Marina has long made it known she is not interested in politics, save for her appearances at her father’s speeches during last year’s gruelling election campaign.

Mukhriz, meanwhile, has neither the ambition nor the ruthlessness to battle amid the dirt and mud-slinging inherent in modern day Malaysian politics to be prime minister.

Marina Mahathir: Islam has a very strong intellectual history, but there’s no intellect at all in the way Islam is taught in Malaysia. We’re taught rituals; we’re not taught about the great thinkers and differences between them https://t.co/OWisreYx3z

Dynasty-building, unlike the iconic Petronas Twin Towers, has never featured in Mahathir’s rule. Mahathir had publicly forbidden any member of his family from being involved in politics to avoid accusations of nepotism during his first stint as PM from 1981–2003.

Mukhriz, a businessman, first stood for elections in 2004, a year after his father stepped down, for the post of Youth Chief in the former ruling United Malays National Organisation (UMNO) in Kedah state, and he lost. Later that same year, Mukhriz won a seat in UMNO Youth’s executive council.

UMNO, the Malay-based and largest party in the Barisan Nasional coalition, ruled for 61 years until its shock defeat in last year’s general elections in Mahathir’s comeback. Both father and son had left UMNO in 2016 to form PBBM, joining in the Pakatan Harapan coalition.

But after just over a year in power, PKR is currently rocked by a gay sex video scandal, involving a young member of the party, Haziq Aziz, who had accused Economic Affairs Minister Azmin Ali of being the other man featured in the footage.

Azmin, the deputy president of PKR, is a rising star in Mahathir’s government and is seen as a contender that could challenge Anwar Ibrahim for the premiership. 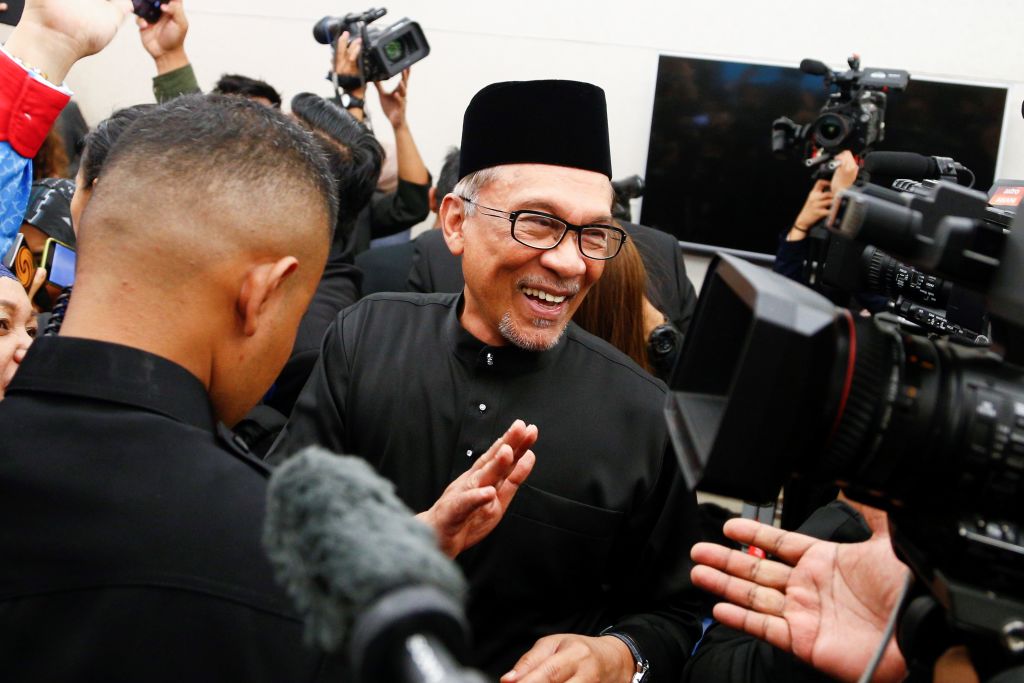 The scandal has divided PKR virtually into half after Anwar suggested that Azmin should resign if he is proven to be involved in the video, angering Azmin’s supporters. Azmin is a former aide of Anwar who had stood by him in 1998 after he was sacked as deputy prime minister and later jailed for sodomy in what the latter claimed were trumped up charges.

The two men have since drifted apart after last year’s internal party elections where Anwar’s faction was seen as campaigning against Azmin in favour of a much newer member, Rafizi Ramli. Azmin eventually triumphed after a closely fought battle.

As history has shown, Mahathir has cared little for political parties, politicians or a family dynasty.

Mahathir has reiterated he would hand over to Anwar and has never mentioned Azmin’s name, nor Mukhriz’s, as his successor. Yet in a world of echo chambers filled with political pundits wagering on either an Azmin or a Mukhriz, speculation has been fuelled that Anwar may once again be denied the premiership.

Throughout his long and sometimes controversial leadership, Mahathir’s singular, burning ambition is to turn Malaysia into a developed nation, no matter what. Political stability to ensure economic growth was paramount and this paradigm remains today in Mahathir’s mindset.

As history has shown, Mahathir has cared little for political parties, politicians or a family dynasty.

In 1988 when the High Court dissolved UMNO, he reacted by setting up UMNO Baru, or New UMNO. He made little attempt to save the party.

When he stepped down in 2003, he handed over to the then Deputy Prime Minister Abdullah Badawi, though he was not one of his favourites, as he felt he could entrust the development of Malaysia to him.

And when Badawi appeared to fumble in Mahathir’s eyes, he backed Najib Razak to lead the country. Only Najib proved to be an even bigger disappointment, with his alleged involvement in massive corruption in the state-owned firm 1 Malaysia Development Berhad (1MDB).

So as the speculation for a successor to the 94-year-old Mahathir continues, it is worth noting that it is the presidential council of Pakatan Harapan, which Mahathir chairs, that could replace Anwar Ibrahim as prime minister-in-waiting with another candidate. The Pakatan Harapan presidential council comprises members from the three parties that make-up the coalition – PKR, PPBM and the Chinese-based Democratic Action Party (DAP), and the progressive Islamic party Amanah. But it is difficult to change what was agreed upon more than a year ago.

And for now, Anwar is still very much the anointed Prime Minister-in-waiting.