New Caledonia’s third independence referendum, and the day after

With the next – and final – ballot set for December, consequences of a Yes or No choice are becoming clear.

The third and final self-determination referendum in New Caledonia will take place on 12 December – the date settled after a week of ministerial consultations in Paris commencing last month between loyalists, independence advocates and the French government. This ballot will decide whether the territory will remain French or become a sovereign state. The first two referendums, held in 2018 and 2020, were won by the pro-French side, respectively with 56.7% then 53.3% of the vote.

The announcement of the date for the third ballot is a good reminder for the French of the imminent end of a historic decolonisation process that began more than a quarter of century ago. This deadline also paves the way for the “day after”, with hopes to find solutions to the current political, social, and economic deadlocks that run deep in New Caledonia.

As a close neighbour to Australia, it is important to anticipate the consequences a “Yes” or “No” vote in the territory. A lot is still unknown in either outcome. 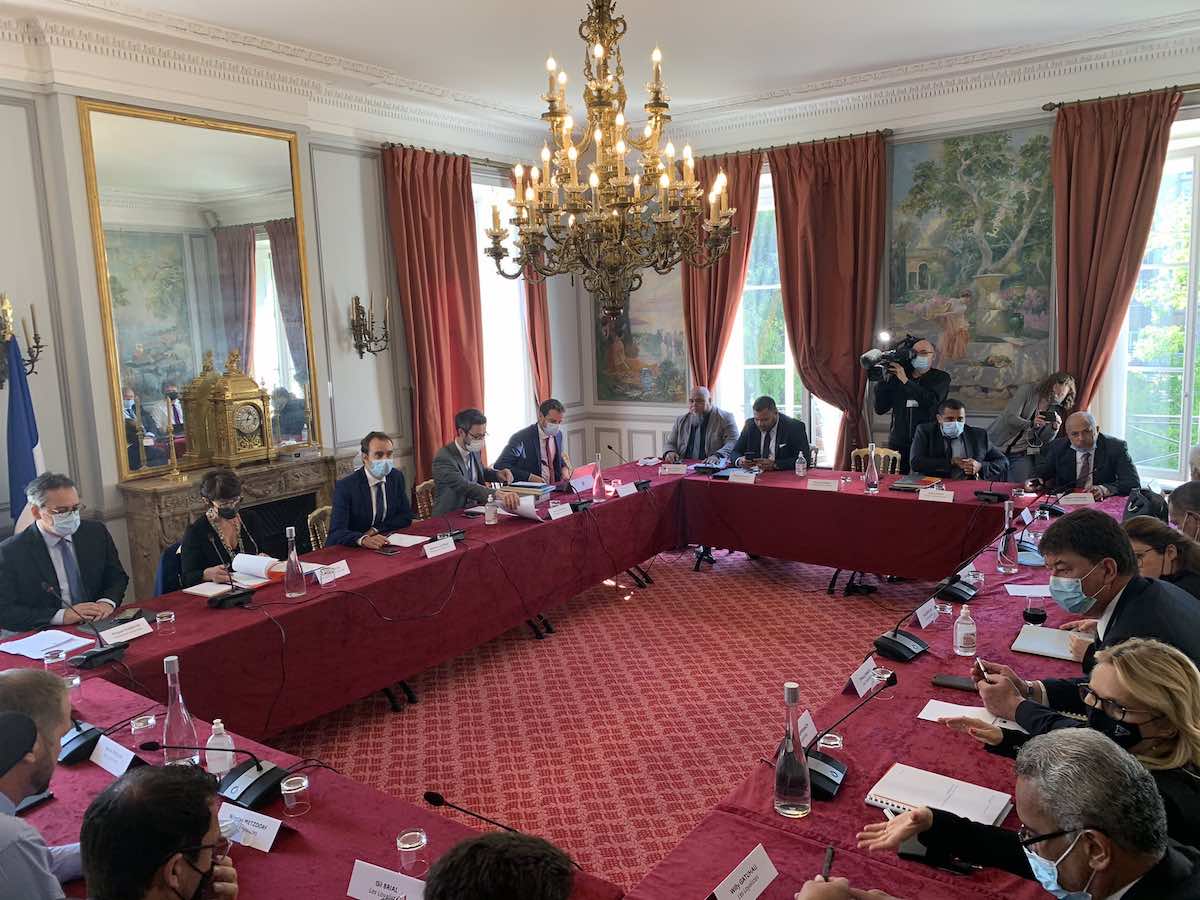 Talks in Paris on 31 May about the future of New Calendonia between loyalists, independence advocates and the French government (Sebastien Lecornu/Flickr)

In the event of a “Yes” win, the French government has affirmed the new state “may or may not conclude an association agreement with another state, including France”. While the pro-independence Kanaks of the Front de Libération Nationale Kanak et Socialiste (FLNKS) advocate for “independence with partnership” or “with negotiated interdependencies”, a clean break might be a possibility. In this scenario, the financial and economic consequences of independence in New Caledonia would be significant. The annual funding currently granted by the French government (€1.5 billion, or 18% of New Caledonian GDP) would lapse. Currently, those transfers are equal to local tax revenues. As a result, a new independent state will have to mobilise resources to finance its own public services and social benefits.

The mining sector, the heart of the economy, which represents a quarter of salaried jobs in the private sector, is still largely indebted and only survives thanks to guarantees, loans and French government aid, even though the nickel price is slowly rising. Weaker government revenue is likely to reduce the number of public servants in key sectors, such as education, health, customs and taxation. Similarly, the gendarmerie – a division of the French military with law enforcement duties among the French civilian population – would leave the territory and the newly created state would have to ensure the security of its land and maritime space, and, most importantly, of its people.

In this scenario of a clean break, it appears likely that a significant part of the population would emigrate. A survey commissioned by the French government earlier this year projects 10,000 certain departures from New Caledonia in the event of a “Yes” vote, with 24,000 possible and 59,000 people who do not know if they would stay. Large-scale departures would have an immediate impact on the economy, consumption, services and the standard of living of the country.

The future of the archipelago will be shaped by responding to dizzying questions – what comprises Caledonian identity, or how to pursue the reconciliation in a society marked by colonisation?

The relationship the new state will have with France is yet to be defined, and the nationality question remains the most complicated one. The latest consultations have established that French citizens who do not vote in the 2021 referendum would still have the possibility to apply for the nationality of the new state if they want to. Caledonian citizenship, as defined by Article 2 of the Noumea Accord, agreed in 1998 to guide a process of self-determination, would automatically change to Caledonian nationality. But the conditions of dual nationality remain to be defined, as well as the future relations between the nationals of the new state and that of Europe.

In the event of a “No” vote, the first consequence will be to put an end to the Noumea Accord. This would change the place of New Caledonia in the French constitution. The main provision of this Accord concerns the modification of universal suffrage to introduce a special electorate, the only one authorised to vote in the three referendums. This will be modified.

Everything else is still to be defined. The French government will have to think about changing the status of New Caledonia to find a compromise satisfactory for both camps, loyalist and pro-independence. The legal formula and new distribution of power between the French state and its territory will have to guarantee a certain autonomy to the island and preserve peace.

In addition to the institutional aspect, the future of the archipelago will be shaped by responding to dizzying questions, for example what comprises Caledonian identity, or how to pursue the reconciliation in a society marked by colonisation?

Amid this uncertainty, one aspect is plain, that keeping the status quo will be impossible. French or independent on 13 December, New Caledonia will have to imagine a new institutional architecture and tackle big problems: economic, social, and increasingly, issues related to the climate.

France will necessarily feature in the territory’s future, not only because of the historic ties that link both entities, but also because of the role of France in the Pacific.

At the end of the talks in Paris this month, French overseas minister Sebastien Lecornu declared that it was necessary “to have a period which makes it possible to fix and secure the economic, financial, monetary, banking life of New Caledonia”. This period will extend from 13 December to 30 June, 2023 and aims to allow a stable transition from one system to another. In the event of a “Yes”, it will be a question of building a new Constitution and redefining the link with France. In the event of a “No” victory, it will be about establishing, in the words of Lecornu, “the development of New Caledonia and its future institutions in the French Republic”.

In a sense, this referendum is the last chance the territory has to find a consensus on a possible future. The independence camps and loyalist camps know it: whatever the outcome of the referendum, they will continue to live on the same land. This is a challenge when political, community, social and geographic cleavages overlap. All good reasons to clearly define a common destiny.