A closer result in the second of three possible referendums shows the territory’s future is not yet settled.

Voting forms in the referendum on independence on the French South Pacific territory of New Caledonia in Noumea on 4 October (Theo Rouby/AFP via Getty Images)
Published 6 Oct 2020 06:00   0 Comments       Follow @AlexandreDayant

On Sunday, nearly 181,000 voters from New Caledonia, a French archipelago colonised in 1853 and just 1,500 kilometres off the cost of Australia, were called to the polls to answer whether or not they wanted “New Caledonia to achieve full sovereignty and become independent”.

This was the second of a possible three votes on independence under the final stages of the 1998 Noumea Accord, an agreement that ended the civil war over independence demands in the 1980s. In the first referendum held in November 2018, 57% voted “No” in favour of staying with France with the remaining 43% supporting “Yes” for independence.

This time around, the No vote amounted to 53.26%, the Yes vote 46.74%, according to provisional results communicated by the High Commission of the Republic in Noumea. It amounts to a warning more than a success for non-independence activists.

In a speech from the Elysée Palace, French President Emmanuel Macron welcomed this result “with a deep sense of recognition”, while the Prime Minister, Jean Castex, promised to bring together the New Caledonian political actors “soon” to start discussions about where next, post-referendum.

Despite the final result, this is a victory for the Yes side. Its score has increased by more than three points compared to 2018 and the gap between both camps has fallen from 18,000 to 10,000 votes in just two years. Several reasons can explain this result.

First, separatists have strengthened their position, while divisions have crippled the loyalists. Emboldened by a weaker than expected margin between the Yes and No vote in 2018, separatists seized the presidency of Congress in 2019 – the legislative assembly of the archipelago – and successfully convinced the Labour Party, a minor player in local politics, to campaign for the Yes vote this year, whereas it had advocated for abstention two years ago.

All the while, cracks were exposed on the pro-France side, as they could not agree on a common campaign strategy. While six political parties opposed to independence forged an alliance, called “the Loyalists”, to coordinate their efforts, Calédonie ensemble – a major moderate right party – refused to join the coalition, running a separate No campaign. This split was evident during the May 2020 municipal elections, and surely played a role in Sunday’s result.

Separatists will remain independentists and the loyalists will want to remain connected with France. The only way forward is with dialogue.

Second, separatists have benefited from an increase in overall participation in this year’s referendum. In 2018, 19% of voters abstained. In 2020, participation increased by four points to 85.67%, with a significant proportion of former abstainers voting for independence. For example, on the island of Ouvéa, which boycotted the vote in 2018, 86% of voters backed Yes on the weekend.

Third, it is important to note the excellent electoral campaign of the separatists, especially with regard to the youth. Not just Kanak youth, but also Caledonian youth. Building on the 2018 experience, independence activists successfully used social media and managed to reach young people and convince them with a pro-independence message, some of whom were first-time voters.

Finally, the lack of engagement from the French government since the last referendum seems to have played a role in yesterday's result.

The French state is in a difficult position since it is both an arbiter and a stakeholder in this process. Paris is held to impartiality but targeted by critics: too much in retreat by pro-French Caledonia, too “partial” by the separatists (the loyalists were authorised by the government to fly the French flag on their electoral material, which had been banned in 2018).

But beyond those critics, what was striking was the sparse contact between Paris and Noumea since the appointment of Castex as Prime Minister. Covid-19 played a role in this limitation, but the lack of political and even media interest for this year’s referendum was striking, meaning this referendum was covered even less than the first one. If this was not necessarily used as an argument by separatists, it could have stirred up bitterness or regret among the non-separatists who may have felt let down. 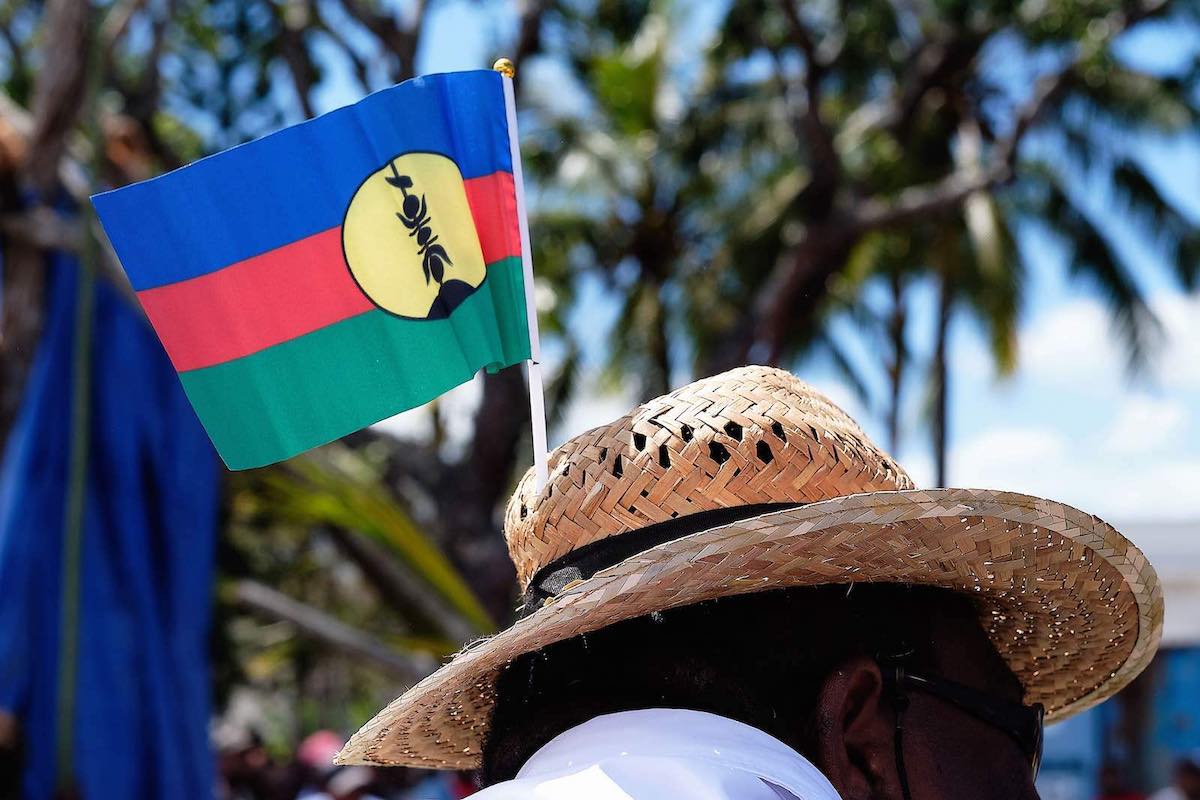 Separatists have strengthened their position, while divisions have crippled the loyalists (Theo Rouby/AFP via Getty Images)

Overall, the referendum, monitored by some 250 observers from France, experts from the United Nations and the Pacific Islands Forum, confirms the territorial divide of the territory. The map of Yes and No superposed almost perfectly on that of the geographical distribution between Kanaks and non-Kanaks:

What’s next for the territory?

Under the Noumea Agreement, a third referendum can take place by 2022, if requested by a third of the local assembly. This seems highly likely as 29 of the 54 members of the Congress are in favour of independence.

Would a win of the “Yes” be a possibility in another two years? It is hard to tell.

Demographics is one variable, but others would need to be considered over time. If the enrolment rules for the electoral roll remain unchanged, demographics might benefit separatists. Indeed, even if the electoral list is fixed for Caledonian citizens, it is still slippery (since people born in the territory are gradually being added to the list). And the demography is more favourable to Kanaks: there are more young Kanaks than young Europeans who have voted for the first time. But even if the Kanak population is growing, the overall non-Kanaks population will still be a majority on the territory.

The bottom line is that, whatever the outcome of the referendums, the final issue will persist. Separatists will remain independentists and the loyalists will want to remain connected with France. The only way forward is with dialogue, and these talks need to happen now.

Show Comments
Previous Article
Trump gets sick and the media dives into the deep end
Next Article
PNG electrification: Spend on solar to help meet targets