PNG: making sense of a massacre

From the heights of political power to the depths of violence, Hela province follows a familiar path.

Melanesians on the island of New Guinea are some of the longest-residing people in the world. (Photo: Alan & Flora Botting via Flickr)
Published 6 Aug 2019 06:00   0 Comments

It wasn’t long ago that Hela Province, in Papua New Guinea’s southern highlands, wasn’t a province at all, and hardly attracted the attention of the outside world. Now in just a few short months, it has found itself very much in the spotlight.

The May election of James Marape as Prime Minister seemed to symbolise the rising fortunes of Hela, one of the most underdeveloped areas of the country. Marape, a long-serving member of parliament from Tari-Pori in Hela, came to office promising a new start.

The gruesome massacre on 8 July of 18 women and children in Marape’s home electorate was a stark reminder that there is no escaping the past. 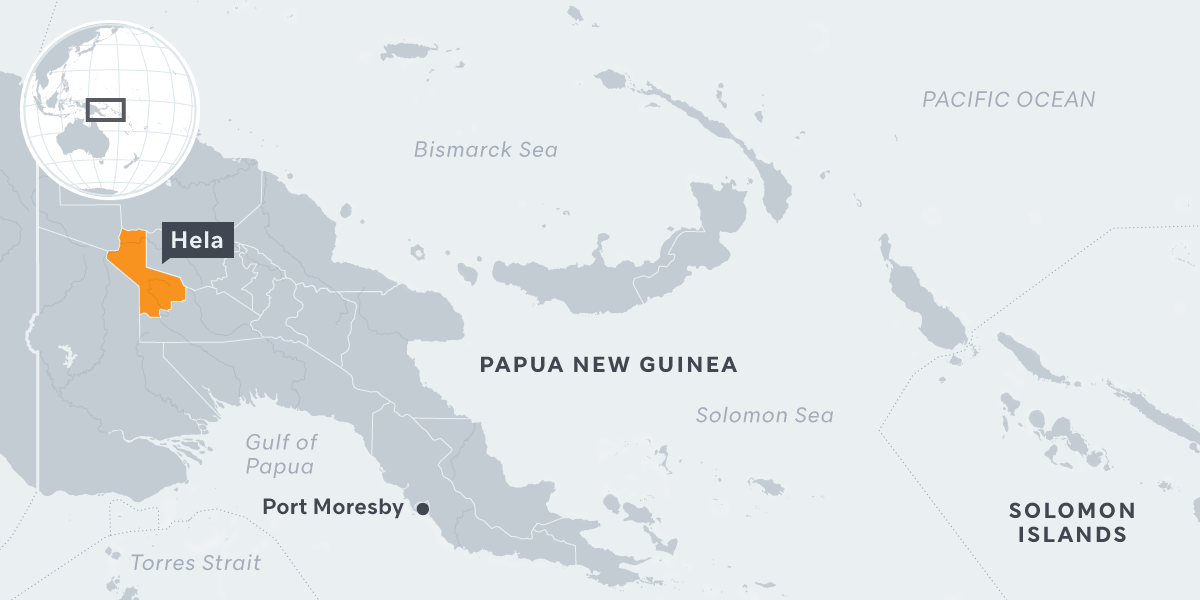 Several recent articles (from Scott Waide, Benedict Brook, Nicole George and Jo Chandler) have identified contributing factors to this violence: tribal warfare, disputes over land and resources, the vulnerability of women, lack of government services, and the breakdown of traditional norms. These factors are all real and current, and yet a deeper issue goes beyond them and encapsulates many of the problems PNG has experienced for most of its 43 years of independence.

Hela has quickly risen to the heights of political power, and it has now seen one of the nation’s worst acts of violence. This contrast, while extreme, is not unique to Hela – it is an experience shared across PNG. The inundation by a foreign culture and its concepts of power and the pressure to cram thousands of years of understanding into mere decades have created an unpredictable environment, neither of the old nor of the new, nor even of a clear and discernible present.

Melanesians on the island of New Guinea are some of the longest-residing people in the world. The first inhabitants are estimated to have arrived 50,000 years ago. Nonetheless, PNG is still known to some as “the last frontier”, because it one of the last places to have made contact with the dominant Western world.

If the rest of PNG’s journey into the Western system has been a shove into the big blue without a life jacket, then places like Hela and the deep highlands of PNG have experienced an even bigger challenge.

Some refer to PNG going straight from the stone age to the modern age, as illustrated by film documentation of Western “discovery” of the Highlands in the 1930s. Such descriptions, however, are the view through a Western lens. As Papua New Guineans know, and increased research shows, Melanesians both in New Guinea and its surrounding islands have traditional social and political cultures far more complex and sophisticated than the label “stone age” evokes.

The few books written by Papua New Guineans at that critical moment of change, both fiction and non-fiction, provide a deeper insight. This literature includes Sir Albert Maori Kiki’s Ten Thousand Years in a Lifetime, Sir Igantius Kilage’s My Mother Calls Me Yaltep and Sir Vincent Eri’s The Crocodile.

Kiki was a Papua New Guinean pathologist and politician, and his biography conveys the exhaustive and mind-boggling experience that was his life – and continues to be the lives of Papua New Guinean people: cramming 10,000 years into one lifetime.

The reality is that in two generations, PNG has shifted from traditional Melanesian lifestyles and thought to a completely foreign and equally complex Western culture, which itself continues to mutate at alarming speed. To add to the challenge, this introduction to the ways of the West has not progressed uniformly and gradually. The highlands were only opened up in the 1950s, and even in the 1970s, some parts were still not under administrative control of then-ruling Australia. In 1970*, fewer than 10 people had a tertiary education, while by the time PNG obtained independence in 1975, it had a population of around 3 million.

If the rest of PNG’s journey into the Western system has been a shove into the big blue without a life jacket, then places like Hela and the deep highlands of PNG have experienced an even bigger challenge. Hela was never given a chance to develop slowly into understanding the Western social and political system, neither by colonial powers nor successive PNG governments. Until 2010, it had very little exposure to the outside world. There was minimal development, and many residents moved to other parts of the country to access the cash economy.

The launch of the PNG-LNG project in 2010 placed Hela in the limelight for the first time. It was soon given provincial status, separating it from Southern Highlands Province. As predicted by some commentators, it also quickly gained political influence, culminating in the election in Parliament of James Marape as PM earlier this year.

Bernard Narokobi, a founding father of PNG and one of the Pacific’s best philosophical minds, warned of the dysfunction that would befall PNG if the nation failed to identify a cultural and development path for itself. In a series of articles published between 1976 and 1978, Narokobi spoke of the importance of recognising “The Melanesian Way”. He wrote of the trauma of external laws “steamrolling” Melanesian laws. He emphasised that to achieve equality and self-reliance, Papua New Guineans would need to begin by recognising traditional social structures through development of the village economy. As he put it poignantly in 1976:

We are not one year old, nor are we 200 years old. We are thousands of years old. We might be new to modern institutions, but we are not new to human persons’ strengths and weaknesses.

The massacre in Hela is an outcome of the struggle – and multiple failures – of Papua New Guineans to develop a shared identity, to take ownership of a development path, and to create equal chances for all. This challenge was apparent in the 1970s when Narokobi wrote about it, and it’s even more urgent today.

Where do we go from here? The solutions – and there are solutions – can only be led by Papua New Guineans, with increased research, consultation, reflection, and questioning about who we are in 2019, who we want to be in the future, and how we plan to achieve this together with equal chances for all.

*This figure originally referred to 1975 and has been updated. Thanks to reader Robin Hide from ANU for pointing this out.