Floating a different brand of diplomacy has plenty of attraction but still finds some choppy regional waters.

When the Australian Defence Force first dispatched its flotilla known as the “Indo-Pacific Endeavour”, the then Defence minister Christopher Pyne touted the regional drills as Australia’s “premier international engagement activity” designed to “enhance partnerships”. But what lies beneath this jargon?

Now in its third year, the Indo-Pacific Endeavour (or IPE 2019 as it is known) has provided Australia a chance to cooperate with local armed forces in Sri Lanka, Malaysia, Thailand, Vietnam, Singapore and Indonesia. Australia’s three arms of defence ­– Navy, Airforce, and Army – have cruised across the region for three months on a fleet of Australian naval ships for various joint activities.

I was one of the fortunate academics recently invited on board the flagship HMAS Canberra to see IPE 2019 in action as the fleet travelled up the Straits of Malacca from Port Klang in Malaysia to Patong Beach in Phuket, Thailand. IPE 2019 was aimed at strengthening Australia’s relations across different levels: from diplomacy and consular issues, military-to-military ties, and with local communities. It entails both “hard” and “soft” power dimensions.

My husband: I hope the Navy has a good insurance policy pic.twitter.com/ke3hoTc3y0

It’s impossible to escape the hard power aspect. For one thing, Canberra is huge, a Landing Helicopter Dock (LHD) with a capacity of more than 1000 personnel. It is an amphibious assault ship used also for humanitarian and disaster relief operations. And compared with other vessels – such as the HMAS Newcastle, a soon-to-be decommissioned frigate with air defence capabilities and one of several that accompanied Canberra for protection – the ship is big, slow and comfortable.

But the soft power element – crafting a positive image of Australia, consolidating relationships and spreading cultural awareness – was also clear. Canberra essentially served as a floating public diplomacy tool during IPE 2019. People were invited onboard for events and “sea riders”, like me, were accommodated on board for periods of time throughout the three months. This included US Marines, who joined during the Thailand leg, military officers from other regional partners, and, for the first time, academics. 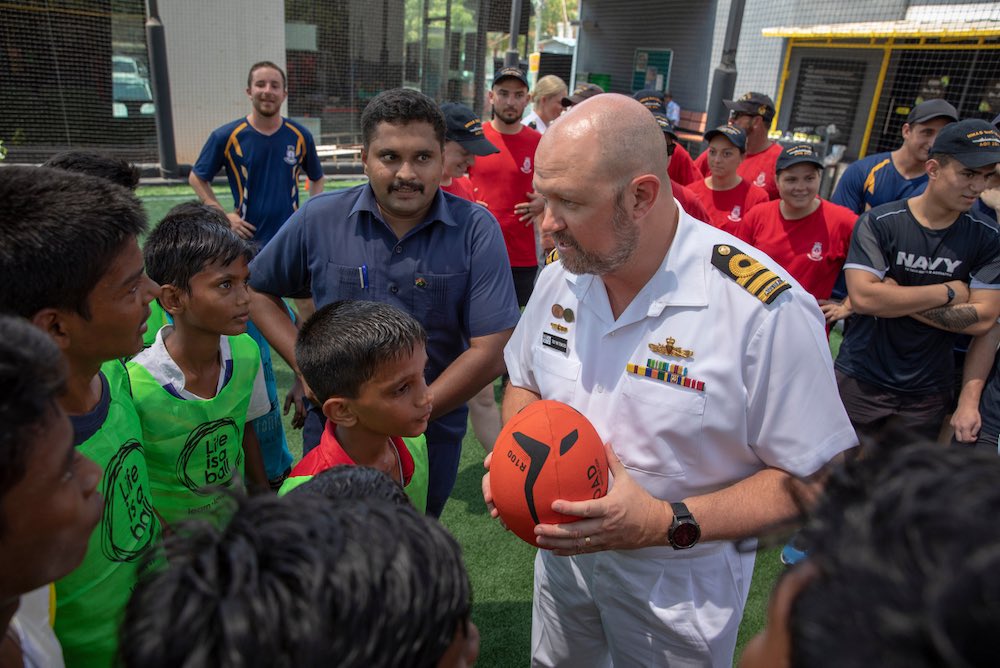 A port visit to Chennai in India as part of Indo-Pacific Endeavour 2019 (Photo: Defence Department)

One of its aims was to shape regional narratives about Australia as the fleet journeyed across the seas of South and Southeast Asia. At the various stops, these public diplomacy efforts were visible with local communities. Visits included schools, life-saving groups and sporting events. IPE 2019 involved a public affairs division responsible for spreading positive stories about the Australian Navy in the region, as well as to the Australian public. A cursory look at the Navy Daily shows a number of these “feel good” stories about IPE 2019 are focused on Australian Defence Force engagement with grassroots community organisations.

On the military side, there was an effort to exchange ideas about coordinating humanitarian and disaster relief activities in the region, as well as war planning and role-playing through “table-top” exercises and through passage exchanges (known as “passex”). All this is intended to demonstrate “interoperability” – the capacities of military groups, systems and equipment to connect and cooperate and effectively share data with each other in a coordinated way.

The problem for Australia is that the Indo-Pacific concept at the heart of the “IPE” exercise itself continues to be cast as an effort to counter China’s rise.

The program does appear to be a substantive effort to present a different side of Australian diplomacy. But given it amounts to a show of force, it can easily be misconstrued as an effort to constrain China.

Last year, the Indo-Pacific Endeavour targeted the South Pacific, occurring in conjunction with the then-Turnbull government’s efforts to “step-up” in the neighbourhood following concerns about China’s rising influence. This year, it focused on the South Asia and Southeast Asia, reflecting one of Australia’s key “Indo-Pacific” aims of improving relations with India. During IPE 2019, Australia conducted a successful bilateral AUSINDEX maritime exercise with India.

While India was involved, this participation was ambiguous – as one person put it to me, India was not interested in being formally part of IPE 2019. It raises interesting questions about how the mixed regional reactions to the “Indo-Pacific” concept also play into the reception of this activity. 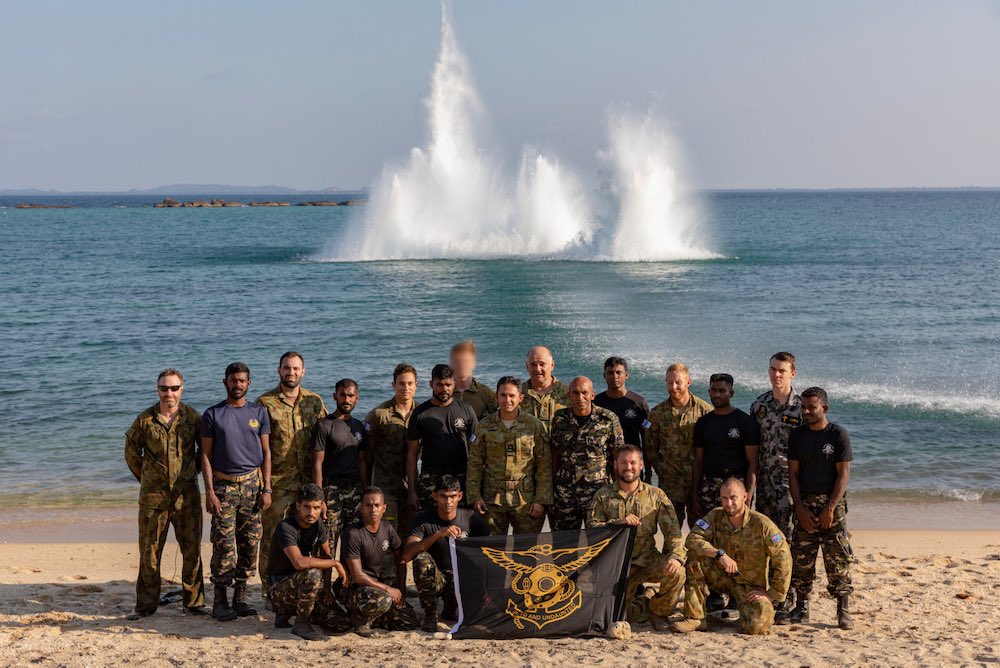 To me, the IPE 2019 was most interesting in that the public diplomacy aspect was largely conducted by the Australian Defence Forces rather than diplomats, highlighting the overlapping and interconnected responsibilities of foreign and defence policy.

Yet there are questions about the extent to which defence is filling in some of the gaps created by cuts to the Department of Foreign Affairs and Trade and foreign aid, the more traditional drivers of foreign policy and soft power initiatives.

Will the Trans-Pacific Partnership be a good deal for Australia?