Four overseas views from near neighbours to distant friends on whether Australia’s contest much matters.

Former prime minister Paul Keating pinched a moment in the international spotlight this week after calling for a clean out of “nutters” in Australia’s intelligence agencies. But this off-script detour aside, Australia’s election hasn’t exactly captivated the attention of the rest of the world. Of the international coverage across the campaign’s first few weeks, the best headline still belongs to the Wall Street Journal on the opening day, with a declaration that “Australia to Pick Its Next Leader ­– With an Election”.

The prospect of yet another change of prime minister, the sixth Australia leader installed inside eight years, is bound to be the starting point for any of the world’s media that does cast a glance this way. Even so, Australian politics is never going to compete with the daily technicolour circus that is the Trump White House or the royal baby highs of Brexit Britain.

It is always fascinating to see what attention Australia does receive, and not only from fickle news rooms.

Still, it is always fascinating to see what attention Australia does receive, and not only from fickle news rooms but also on social media and other commentary platforms, as a way of judging whether people from other nations see a stake in the outcome.

For an overseas perspective of whether Australia’s election much matters, I asked the view of four contributors to The Interpreter in countries ranging from near neighbours to more distant friends. Given the close attention Australians have paid New Zealand in recent months, from Jacinda Ardern’s compassionate leadership following the Christchurch massacre to happier news of her impending nuptials, it seems only fair to start across the ditch, with David Capie, Director of the Centre for Strategic Studies at Victoria University of Wellington.

No relationship matters more to New Zealand and New Zealanders than the one with Australia, but if you think that means the New Zealand public pays close attention to Australian politics, you’d be sadly mistaken. In fact, for most of the electoral cycle Australian domestic politics is almost striking in its absence from the New Zealand media.

That said, federal elections do focus the mind and this one will be watched more closely than most across the Tasman for at least a couple of reasons.

First, the one issue that has generated political traction in New Zealand is the rights and treatment of Kiwis living in Australia. In particular, the detention and deportation of New Zealanders ­– including those who have no family here and in some cases people who’ve never even been to this country – has generated some public anger and sparked heated comments from government ministers. If Labor wins, there will be hope for a shift in policy and some improvement in conditions.

Second, and related, the Ardern and Morrison governments are hardly natural bedfellows. On a host of issues from climate change to offshore detention to disarmament, there’s a feeling that a Shorten government will be more aligned with New Zealand’s own approach and priorities. That will be welcomed in Wellington. At a time when the region and the world looks like a much more worrying place, a close trans-Tasman relationship is more important than ever. 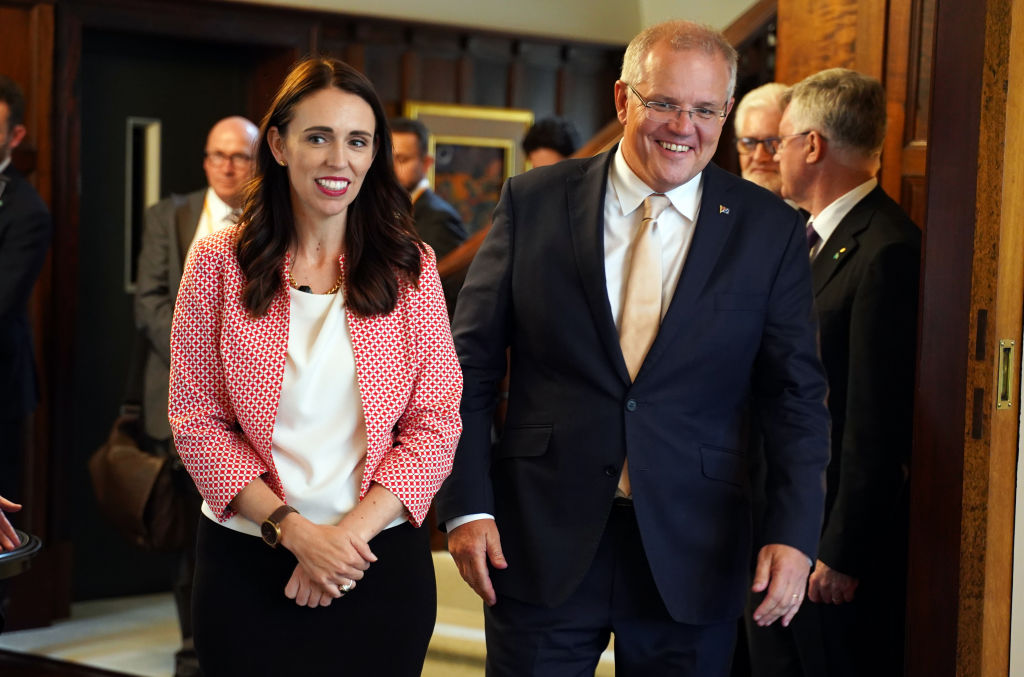 Australia has one neighbour even closer than New Zealand ­– Papua New Guinea. And while the hotel habits of local political manoeuvring has transfixed Port Moresby in recent days, lawyer and strategic adviser Watna Mori argues Australia’s federal elections are very important for PNG, and indeed most of the independent Pacific Islands.

Whether the average Papua New Guinean is aware of that is another matter.

A large number of PNG “tweeps” are aware of the Australian elections and have expressed opinions on it. Overwhelmingly, I would hasten to say, against the Liberal-National government, especially with the likes of Scott Morrison and Peter Dutton at its head. As recently decolonised people, indigenous people and for many, migrants in Australia, the Liberal-Nationals views on immigration and ethnic minorities strike a personal discord with Papua New Guineans. Their views on climate change – recently highlighted by the alleged insulting comments of the Environment Minister Melissa Price to Kiribati’s former president Anote Tong ­– are also of increasing concern to Papua New Guineans online. So too the Liberal-National’s implicit support of some of the practices of the O’Neill government as was evident in the recent Paladin contract scandal.

Beyond our pre-occupation with surviving, however, most Papua New Guineans and Pacific Islanders, do not identify Australia as a Pacific nation and this has much to do with Australia’s attitude towards PNG and the Pacific. Australia itself does not identify with us as having a shared history or culture or people, looking towards Europe for a shared identity when indigenous Australians and New Guineans have been trading for thousands of years before European arrival. Australia has long seen the Pacific and PNG as a burden and a security obligation with the exception of the mostly tokenistic “Kokoda spirit”. As such, most Australians do not know about PNG and PNG politics or Pacific politics either.

Mori is hopeful this longstanding malaise can change, as Australia continues its “step up” to prioritise the Pacific, including major projects with PNG for an undersea communications cable and electrification. 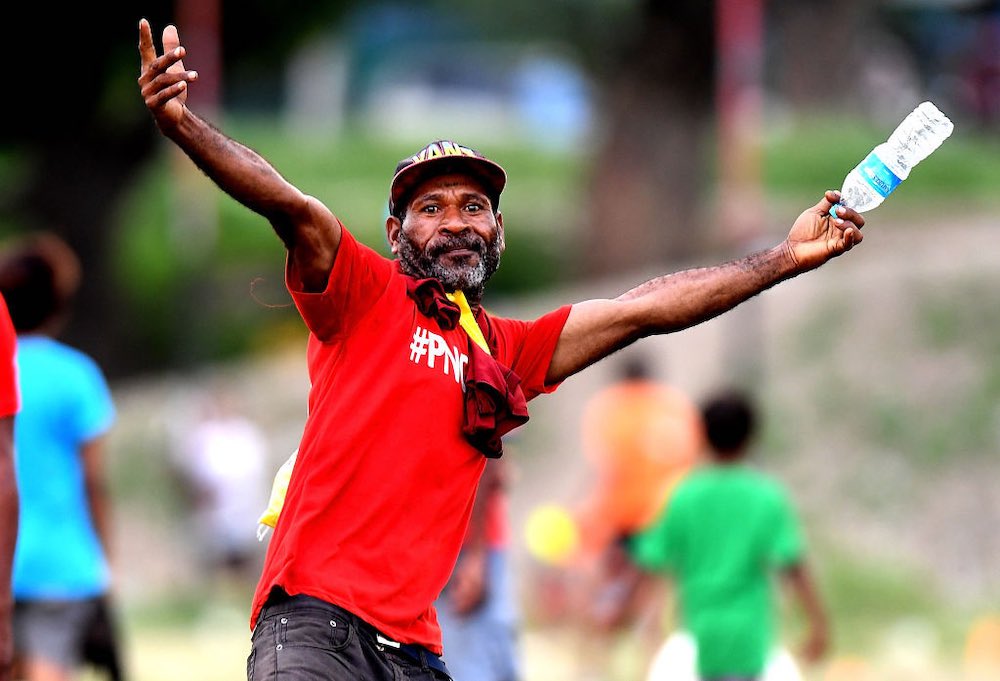 The hashtags are many (Photo: Bradley Kanaris/Getty)

But it is another story altogether with another neighbour, Indonesia. Having just gone through a ginormous election campaign of its own in recent months – see the Lowy Institute’s interactive graphic for the extraordinary details ­– there is little appetite for more election news bubbling up from down south. In fact, journalist Febrina Firdaus believes Indonesians pay scant attention to Australia’s election at all, “except if we are living, working, or studying in Australia.”

It is because Indonesians and Australians are not politically connected. But I do believe Indonesians are aware about the election schedule and the result. But not more than that.

Then it comes to refugees. As you know, Indonesia is a transit country and often in the past refugees have entered Australia with the help of Indonesians. That usually becomes the headline to connect both countries. It leaves Indonesians feeling that Australian politics is not really significant to them, even though, for the Indonesian government, Australia is important as a strategic neighbour ­– as important as Singapore, Malaysia and the Philippines.
Surprisingly, Indonesians are now is more aware with what happens in New Zealand after the shooting attack. I think the Islamophobia issue is connected to both countries.

I think the other topic that is generally related with Australia within Indonesia is how the country looks at the problem in West Papua. The Australia and New Zealand media are really helpful by covering West Papua stories. There are so many supporters of West Papua in Australia, but I’m not sure the government really represents them at all. Instead, the Australian and Indonesia governments are the best allies when it comes to the issue. I am always curious why. 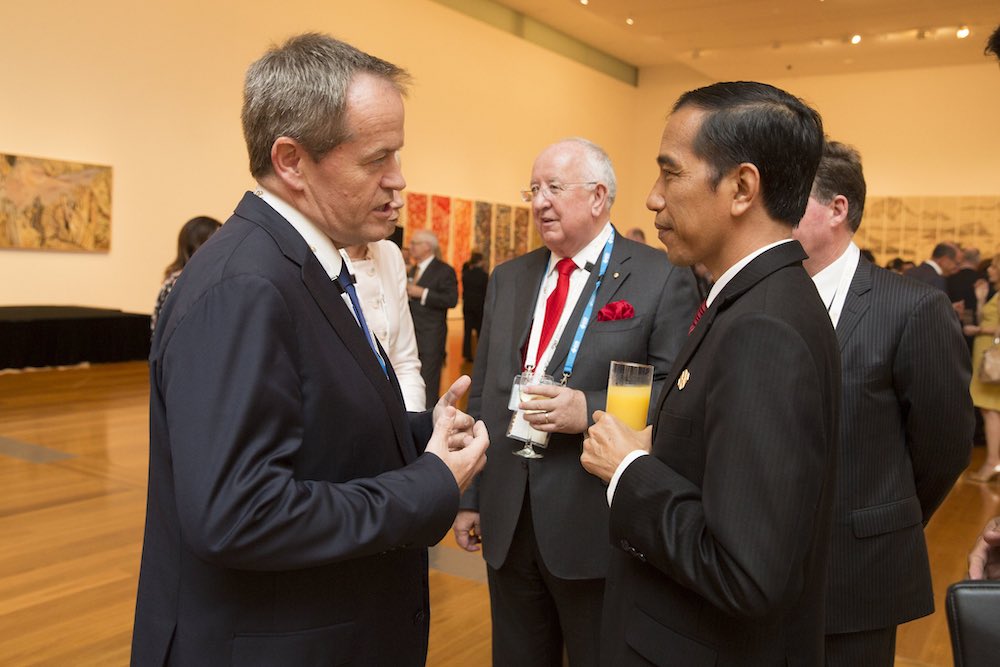 Turn then for a view from further afield. The old bonds of Empire are in the past for Pakistan, India and Australia, even though, as journalist and researcher Adnan Aamir points out, occasionally the countries do share a common field.

Everyday Pakistanis know Australia only because of cricket. They know Australia for having fast bowlers and batsmen who are not easy to be defeated. They know that Australia is located far away because test matches played in Australia start very early in the morning for Pakistani viewers.

But most Pakistanis are not even aware of the fact that Australia is currently having an active election campaign.

Elections in Australia are not discussed on media and there is not even any reference to election campaigns in newspapers and TV channels. Pakistanis are interested in the elections in the United States, United Kingdom and India, but Australian elections are nowhere.

Immigration is a point of interest. Australia is one of the most sought-after immigration destinations for Pakistanis. The outcome of this election will have bearing for the immigration seeking Pakistani, as the Liberal-National coalition wants to reduce immigration whereas there is a perception the Labor party wants to increase it. But only a handful of researchers and analysts are studying the potential impact of Australian elections on Pakistan.

As far as India is concerned, it’s busy with its own elections and there is even less interest in who will win the polls in Australia. Just like Pakistan, a lot of Indians immigrate to Australia. In fact, Indians are the largest source of immigration to Australia, so the outcome of Australian elections can also affect India. However, like their neighbours in Pakistan, neither everyday people nor the hyperactive Indian media are following what’s going on in Australia.

Four views, different issues, united by a common thread of benign disinterest. Perhaps this sample exercise of the outside looking in really does prove the old saying, that all politics is local. 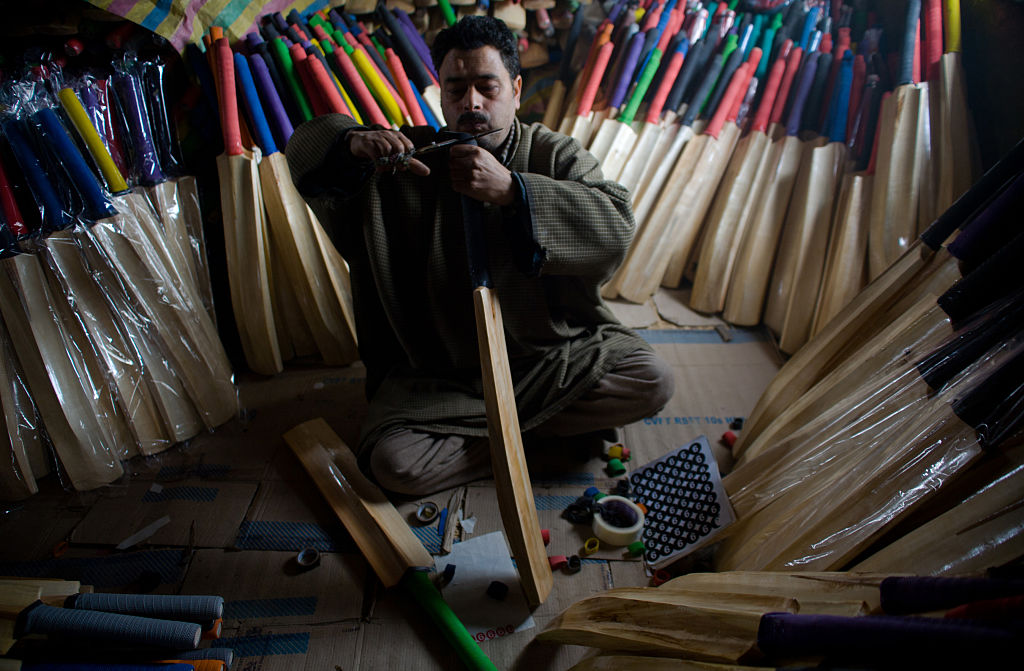